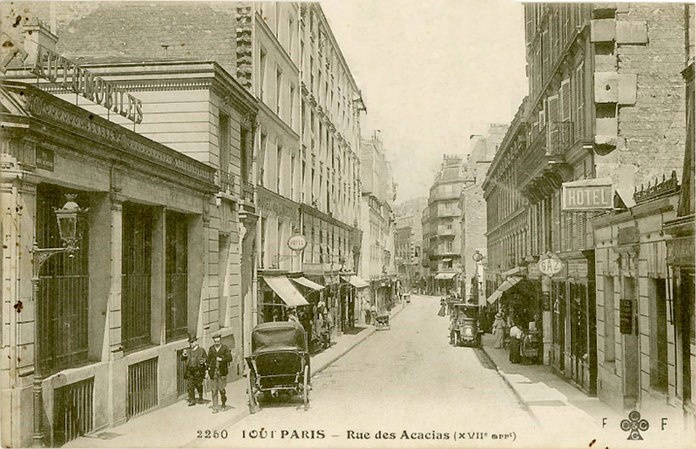 Rue des Acacias: The street owes its name to the presence of an old plantation of Acacias.
It’s one of the oldest streets in the neighborhood.
Roland Garros lived there, it is also in this street that a new press was born: Salut les copains, Lui, Mademoiselle Âge Tendre … All the great stars of the Yé-yé era—Johnny, Sylvie, Jacques Dutronc, Françoise Hardy, Claude François, Sheila—found their first public image. It is in this studio that Daniel Filipacchi, senior reporter for Match, and Jean-Marie Périer gave birth to myths.